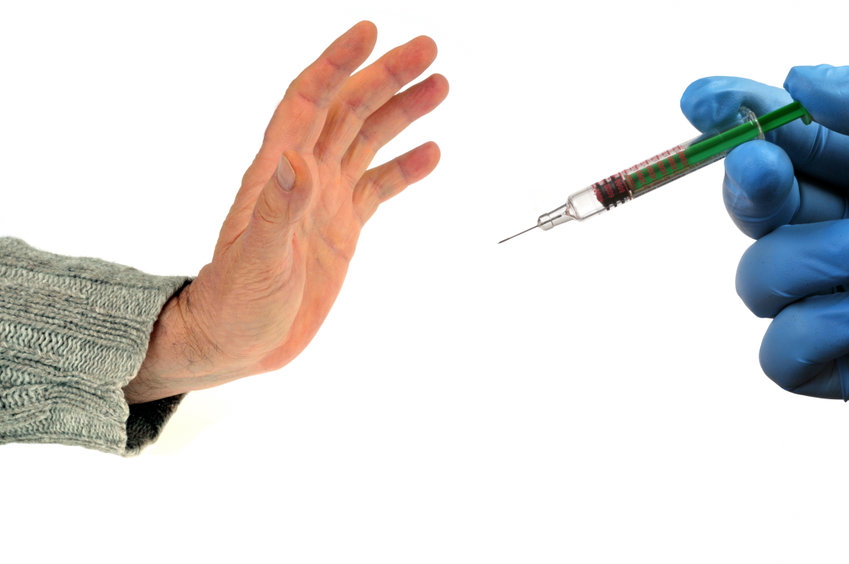 In the current climate there are few divisions as sharp as between those who believe vaccination is the only hope for humanity and those who are more concerned about the health risks that vaccination itself poses.   SO what happens in a relationship when people are in opposing camps?

I recently worked with a hetero couple like this.  What made their conflict more potent was they have three teenage children, so this was a disagreement that had implications not just for their personal safety, but for that of their family.

This situation was challenging for me as a therapist in two ways.  First, I had to really watch my bias.  Personally, I strongly agreed with the woman about the value and importance of vaccinations, not just for personal safety but for the good of the wider community.    It as a challenge to my Differentiation as a therapist to listen to the man and treat his concerns with equal validity.

Secondly, the level of frustration in each of them meant that they both resisted my attempts to focus on their process.  They both wanted to keep re-stating their arguments for their position.  Inevitably, this only served to dig them deeper into their entrenched positions,  making the atmosphere in the relationship more difficult. This presented a real challenge to my leadership of the therapy.

However, I did keep re-focusing on how they were talking to and treating each other.  In keeping with the Developmental Model’s emphasis on giving people a different perspective, my first action was to direct their attention to where they did agree.  In particular, I highlighted how they both were placing the value of their family’s health at the forefront of their efforts.  They have “done the maths” differently and ended up with different suggestions about what is the best course of action, but both are operating from the same motivations.

Once they could each acknowledge the good intentions of the other, I could then get them to look at the process.  I suggested that this sort of agreement is a perfect example of the value of being able to show care and support for your partner, even if  you disagree strongly.

I modelled for them how talking to each other from a place of care and empathy might look.  “I am sorry that my decision on this issue is adding to your stress about this whole COVID situation.  I can see how it does that, and I wish it didn’t”

It was really only once I modelled this way of talking to each other that the light bulb went on for them that they could be handling this whole situation differently.  Sometimes you have to show people, they can’t work it out for themselves.  At that point the whole tone of the session changed and they realised that they had lost sight of the “Big Picture” of their relationship in clinging on to such polarised positions.

I don’t imagine they were immediately able to go away and do that for themselves, but by giving them a different experience in the session, they now know that another way of engaging around differences, even extreme differences is possible and desirable.

LEARN FROM THE EXPERTS
Clinical Psychologists Paula and Nic each have over 20 years of working with couples with a variety of problems. Learn from those who have the hands on experience. Read More
HANDS ON TRAINING
You’ll have the chance to not only absorb this information, but try it out as well. Learn on your feet, as well as practice the valuable techniques you’ll learn. Read More